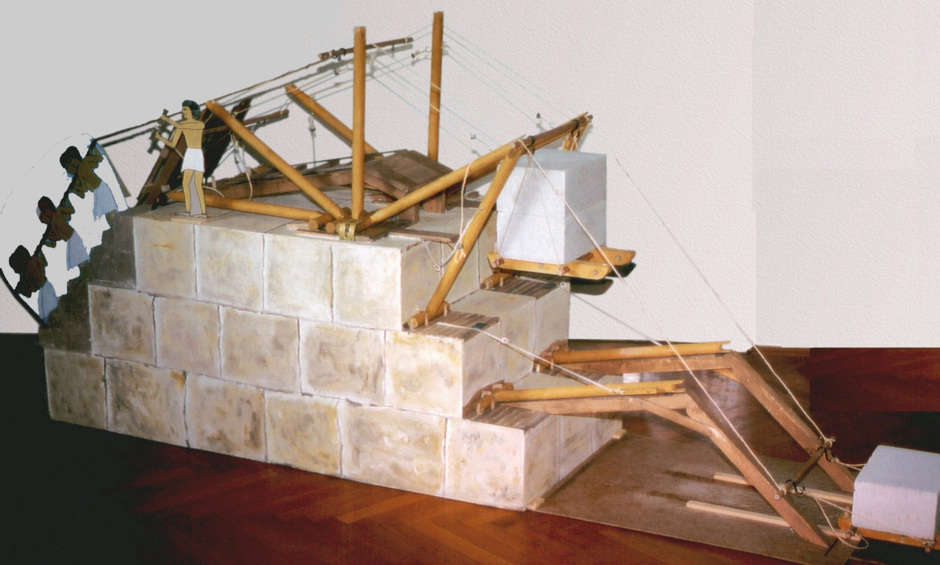 Munt THE CONSTRUCTION OF THE GREAT PYRAMID OF GIZA 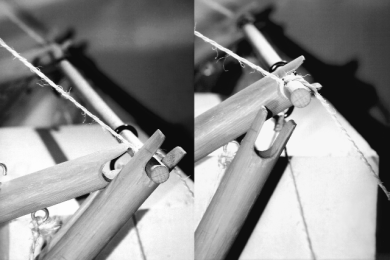 For centuries, man has puzzled over the construction of the Great Pyramid of Giza. How was it possible to break up, process and transport a total of 6 million tonnes of heavy stones, making up a total of 2.3 million cubic metres of stone, and putting them together to make a structure of such dimensions during the reign of just one pharaoh 4500 years ago? These technical questions will be physically answered in this paper with reference to relevant archaeological and Egyptological scientific knowledge. The Greek historian Herodotus passed on the key to the wonder of pyramid construction, according to which the Egyptian pyramids were built with “machines" made of "wooden pieces". The paper at hand is the first that manages to reconstruct the machines described by Herodotus. The technique was mathematically proven and tested on a 1:5 scale model. 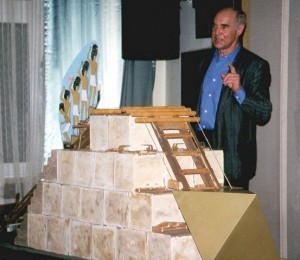